Wednesday, December 2, 2015 was our first full day in Walt Disney World. I had fast passes for Magic Kingdom so that is where I headed first.

The lines were pretty long at bag check and upon entering I went to the Sorcerer’s of the Magic Kingdom portal by the Emporium and defeated the villain. I then walked to Liberty Square and got my daily allowance of cards for the game. As I walked through Frontierland, Chip and Dale were out in their Frontierland outfits and the line was fairly short so I got a picture: 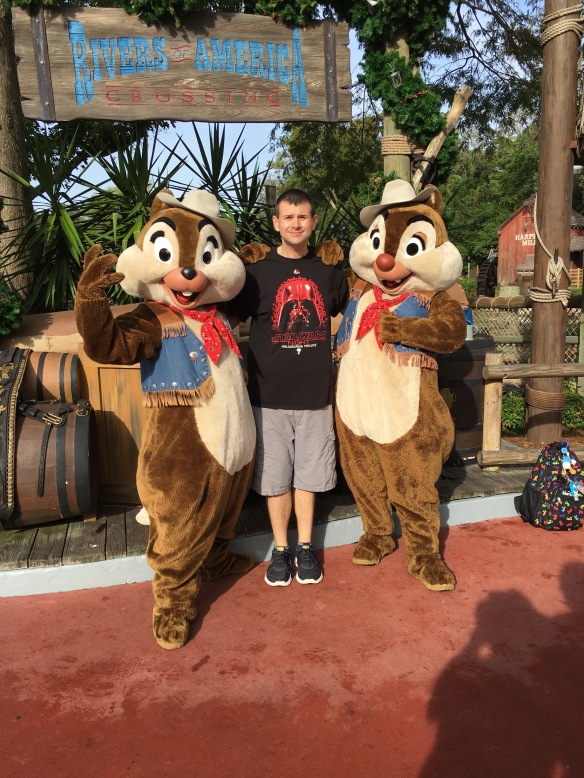 It was then off to Adventureland where I had a fast pass for Pirates of the Caribbean. I was seated in the front row and as I sat down I got wet from the water already in the boat so I knew that didn’t bode well. And I did, in fact, get pretty wet during the drop and cannonball shot. 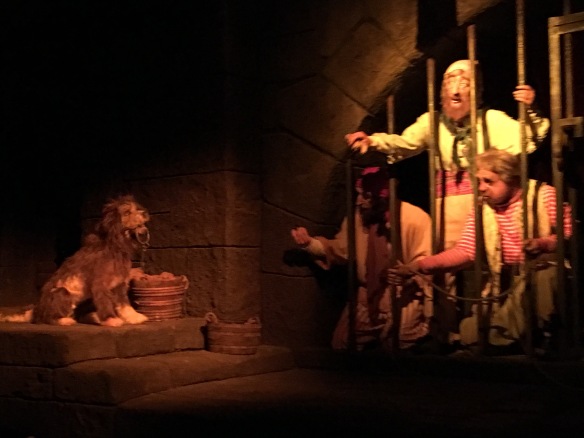 Walking back through Adventureland toward Frontierland I decided to head in to see the Country Bear Jamboree since I haven’t seen it in some time.

The show was pretty good. I know some don’t care for it, but it was fun.

I then walked toward Fantasyland. I have said it before but with the Nee Fantasyland expansion the princesses got a lot of exposure but poor Rapunzel only got a bathroom. 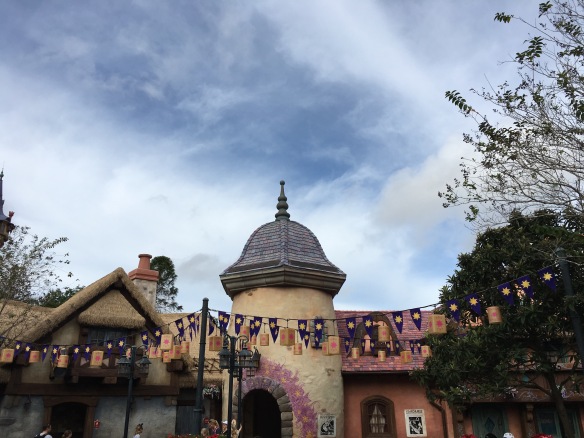 It was then time to use my fast pass for Peter Pans Flight.

This is truly my favorite attraction in all of Walt Disney World.

I had time before my next fast pass so I walked to New Fantasyland and into Storybook Circus and decided to visit some friends at Pete’s Silly Sideshow. 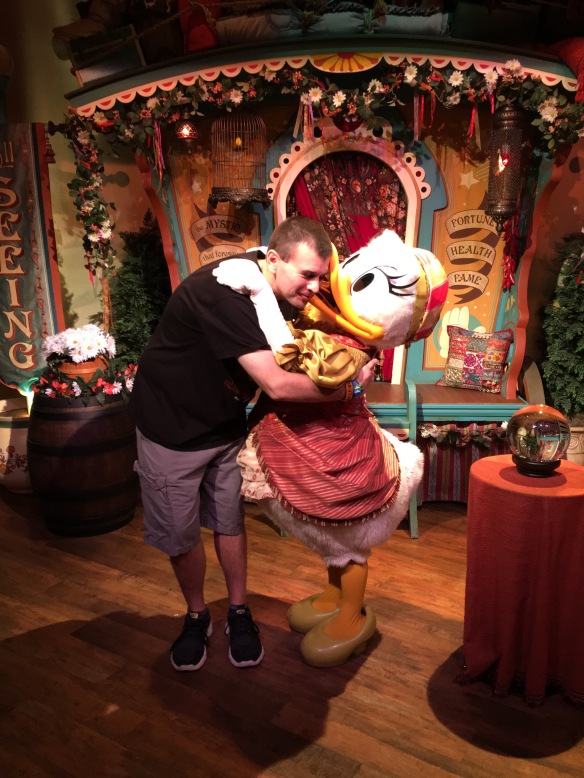 I then did some window shopping at Momento Mori by the Haunted Mansion.

It was then time to use my fast pass for the Haunted Mansion.

There was a Disney photographer outside the Haunted Mansion taking photos in front of the Mansion. I stood in line and he had everyone do a standard pose and then a pose where you were to look frightened so I’m guessing there is a magic shot.

I then got in line to meet Peter Pan. He was scheduled to come out at 12:15 and by 11:30 the line had already started and by 11:45 it was already fairly long and wrapped around the rope. 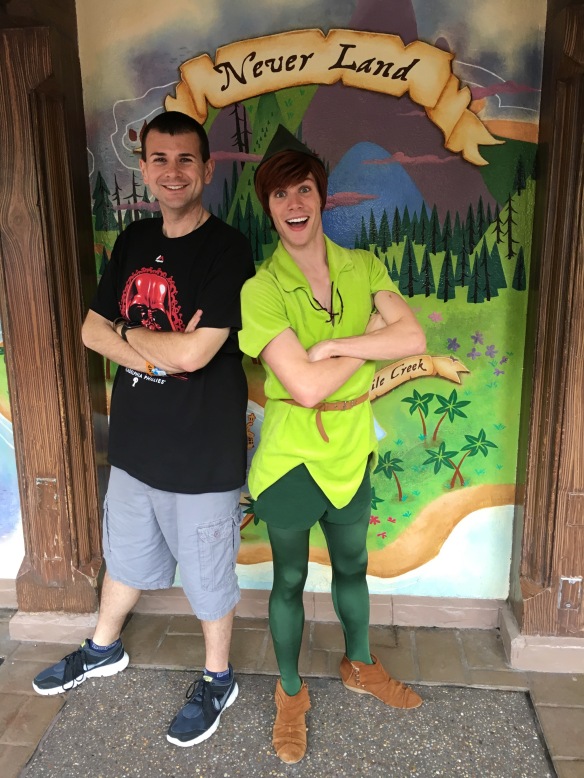 I was hungry by this time and decided to head back to the resort to get ready for lunch.