Since I was out late last night with the Christmas Party, I slept in a bit Friday morning. I got on a bus to Hollywood Studios around 9:45 AM as I had a fast pass for Toy Story Midway Mania for between 9:30 – 10:30. I got to the attraction around 10:20 so I made it in time! 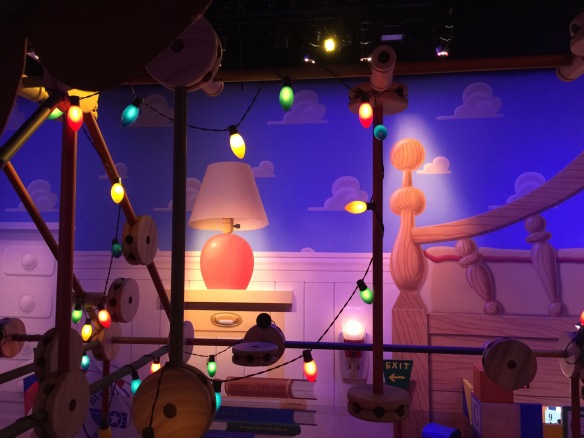 After Toy Story I walked over to Sorcerer Mickey’s new meet and greet location which is where Jack Sparrow had been. There was no line and I walked right in.

Santa Goofy is now where the Backlot Tour cue had been (and recently where Sorcerer Mickey had been).

The line was fairly short so I hopped in line even though I saw him at the Christmas Party the night before.

I then headed to the area outside of the Chinese Theater and met with some characters.

Next I used my fast pass to go on Star Tours: The Adventure Continues.

The sequence was Millennium Falcon in hanger, follow Millennium Falcon to Jakku and through the crashed ship, hologram from BB8, Jango Fett at Geonosis, Darth Vader & Death Star and the Rebel Alliance cruiser with message from Admiral Ackbar. This was the first I’ve seen the scenes added from the Force Awakens. Interesting to have all three trilogies of movies kind of mixed together.

I then broke for lunch at the ABC Commissary where I had salmon with broccoli and cous cous, a bottle of water and a BB8 lemon cupcake. 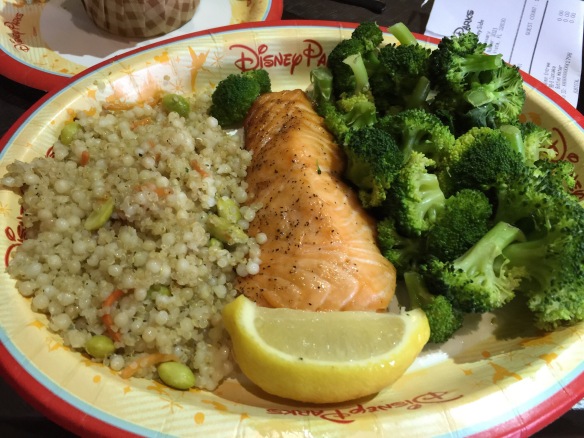 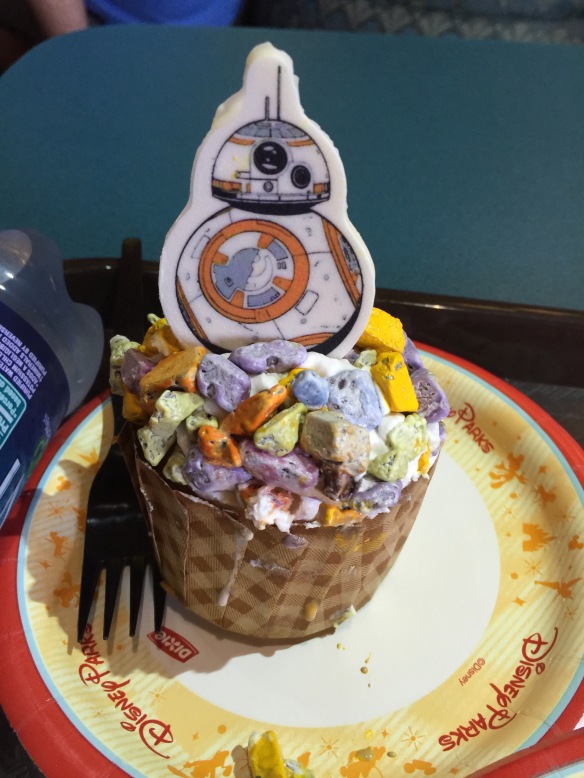 Along the streets of America I stopped and bought both of the Osbourne Lights shirts: green long sleeve and red shirt sleeve which is passholder exclusive.

It was then time for Lights, Motors, Action. The set was decorated a bit for Christmas.

After the show I walked back over to the Star Tours area and what had once been “Sounds Dangerous” is now “Path of the Jedi”:

The movie covered the history of the Jedi with an emphasis on the Skywalkers of course but ended with an extended trailer for the Force Awakens.

The Star Wars Launch Bay was where I headed next and I got in one for the Darth Vader meet and greet with the Chase card. You can tell the cast are still new to the Launch Bay as I was given wrong directions where to go by a cast member.

Darth Vader talked today which is something he didn’t do when I saw him the other day.

At this point I headed back to the resort for a bit to recharge. Here is the Christmas Tree from Hollywood Studios:

After a short break I headed back to Hollywood Studios and attended the Holidays Happen Here dance party. It is a dance party with a DJ, dancers, and characters dancing. The first batch of characters were Chip & Dale, Pluto, Stitch and Baloo all of whom were wearing holiday scarves. Then the rarer characters came out: Genie, Bolt, Robin Hood and Sebastian. They didn’t have photographers and you could take pictures of them and try for a selfie but they didn’t pose for you so this is the best I could do: 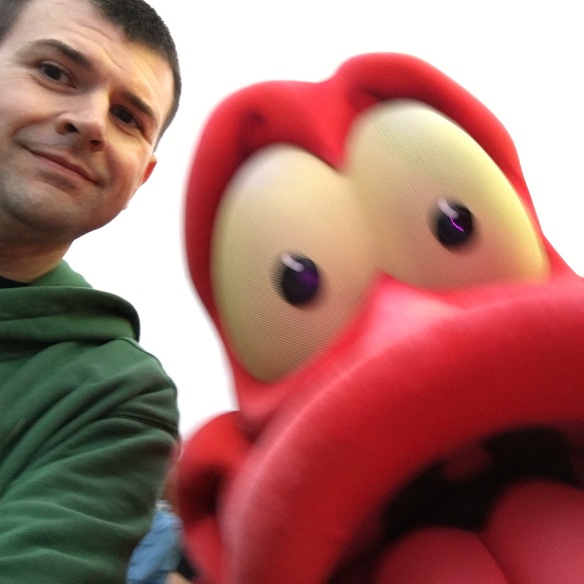 It was then over to the Streets of America to see the Osborne Spectacular of Dancing Lights. This will likely be the last time I will see this since it has been announced to be the last year for this amazing display. 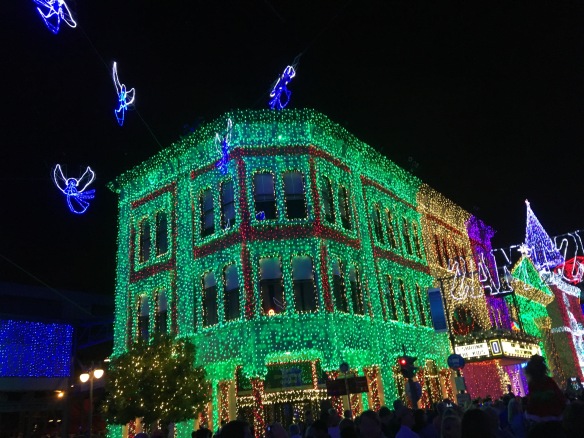 After watching the lights, I took the path from Hollywood Studios to the boardwalk area. I went to the Beach Club to look at the Christmas decorations including the gingerbread carousel.